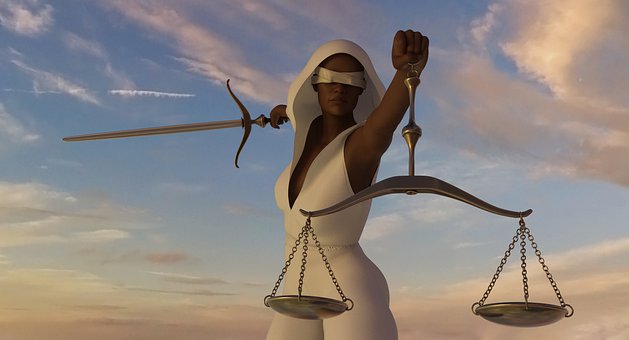 You are not to twist justice—you must not show partiality or take a bribe, for a bribe blinds the eyes of the wise and distorts the words of the righteous. Justice, justice you must pursue, so that you may live and possess the land that Adonai your God is giving you. (Deut.16:19-20)

The prophet Micah airs this grievance against rulers and authorities:

The pursuit of justice was a major determinant for Israel to remain in the Land God had given her. When justice is “twisted”, certain people get marginalized, bribes exchange hands and the innocent are deprived of fairness as truth falls by the wayside. The future of a nation depends on justice because justice is the building block of a civil society. Justice too is the foundation of the Kingdom of God.

This brings me to the matter at hand, justice and equity under the law must apply to all, the same standards are not for a select few. Justice is twisted whenever decisions are made exclusively on political expediency. Hate is hate, and bullying is bullying regardless of who is doing the hating and the bullying.

The mass murder of innocents simply shopping for groceries sent shock waves throughout our community and nation. For all the wrong reasons Buffalo garnered the wrong kind of international attention. This act of hatred targeted the African-American community. In the throes of this evil, cries were rightfully heard far and wide denouncing gun violence and hate.

Since then, our great city has again made national news for another dastardly crime of hate and bullying.  The fire bombing of Compass Care, a pro-life non-profit organization providing health care and counsel for women in crisis was targeted by radical groups who are oblivious to civility and respect. I guess the adage “if it doesn’t bleed, it doesn’t lead” is true because none of our political leaders are speaking out against this hate and bullying by these radical socialist groups.

Where are Governor Hochul, Brian Higgins or Tim Kennedy on this? Where is the outcry? Their collective silence stems from the simple fact that there’s little political gain in this. Since there is no political gain in doing the right thing, they proceed forth in a non-caring way towards citizens whose sole concern is to protect life. Their silence only gives evil doers more incentive to bully and intimidate. This much is a given, if this were a Planned Parenthood building fire bombed there would be no silence on the part of the media and political leaders.

Ever since the leak of the draft regarding the Dobbs case, a ruling that may overturn Roe v. Wade; domestic terrorists have carried out threats against conservative members of the Supreme Court, disrupted church services while defacing their property and have set ablaze buildings promoting moral alternatives to abortion.

“I want to tell you Kavanaugh, you have released the whirlwind, and you will pay the price. You won’t know what hit you, if you go forward with these awful decisions.”

In addition, mendacious malcontents of “RuthSentUs” have descended upon the home and church of Justice Amy Coney Barrett, targeting her and her seven children. Although this is illegal, the President remains silent at these egregious acts of socialistic insurrection.

Regardless of one’s political affiliations, civility and respect must be evidenced, freedom of speech must prevail- even with those we may disagree with. Tyranny reigns when free speech is canceled. As citizens we desire civility in our public discourse and denounce any acts of hatred, bullying and violence.

Stronger and stricter gun laws in order to assuage the demand to “do something” rarely makes for good law; it’s a political Band-Aid to cover the moral morass of our nation.

One does not need a gun to commit an act of violence. The first recorded homicide reveals the murder weapon to be a rock. Timothy McVeigh didn’t need military grade weapons to murder 168 women and children and the Christmas day parade massacre in Waukesha, Wisconsin was an SUV that ran through a crowd taking the lives of 6 and injuring 62 others…this list can go on and on!

The only cure for racism, anti-Semitism, prejudice or any form of hate is for people of good will to examine their own hearts and do a personal inventory of the residual evil within. One can have a “Hate Has No Home” placard on their lawn but also have an enemies list.

The Holy Scriptures affirm “The heart is deceitful above all things, and incurable—who can know it? (Jer.17:9)

The lone cure for our societal ills comes through the tried-and-true precept of returning to God in acts of repentance. The only remedy for our terminal heart disease is having our hearts, souls and minds cleansed by the atoning death of God’s suffering servant, Messiah Yeshua (Jesus). Asking Him to give you a new heart and a new Spirit!

The purpose of good government is to restrain evil and pursue justice. However, government by itself cannot ensure justice apart from the virtues derived from the moral ethics of our Judeo-Christian heritage. If a person has no regard for God’s higher laws, they will also disregard any lower law.

Our founding fathers knew the history of nations and understood well the importance of faith and the bible.

“Of all the dispositions and habits which lead to political prosperity, religion and morality are indispensable supports.”

Thomas Jefferson, author of the Declaration of Independence stated, “God who gave us life gave us liberty. Can the liberties of a nation be secure when we have removed a conviction that these liberties are the gift of God?”

John Adams, our second president, said, “Our Constitution was made only for a moral and religious people. It is wholly inadequate to the government of any other.”

Lastly, these are words to live by:

Rom 12:16 Live in harmony with one another; do not be proud, but associate with the lowly. Do not be wise in your own eyes.

Rom 12:17 Repay no one evil for evil; give thought to what is good in the eyes of all people.

Rom 12:18 If possible, so far as it depends on you, live in shalom with all people. 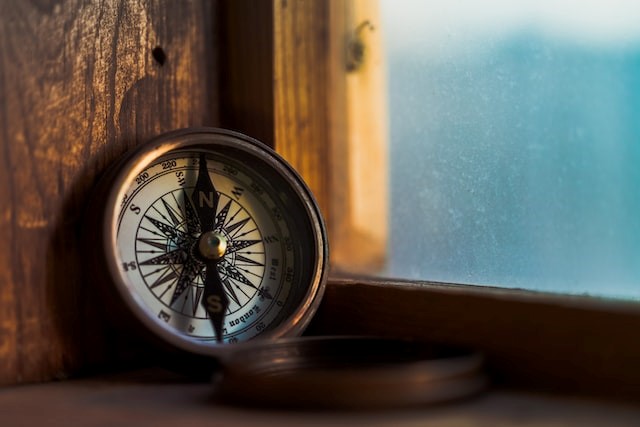